The Fallbrook Vintage Car Club members share a common interest in the preservation and appreciation of vintage vehicles. We are dedicated to serving others through donations to local charitable organizations and participation in events and activities that reflect positively on the Fallbrook community.

You don’t have to own a vintage vehicle to be a member, you just have to appreciate them!

Come Join Us! Monthly meetings are held on the 4th Tuesday of each month. Click on the button at the top of the page for details. 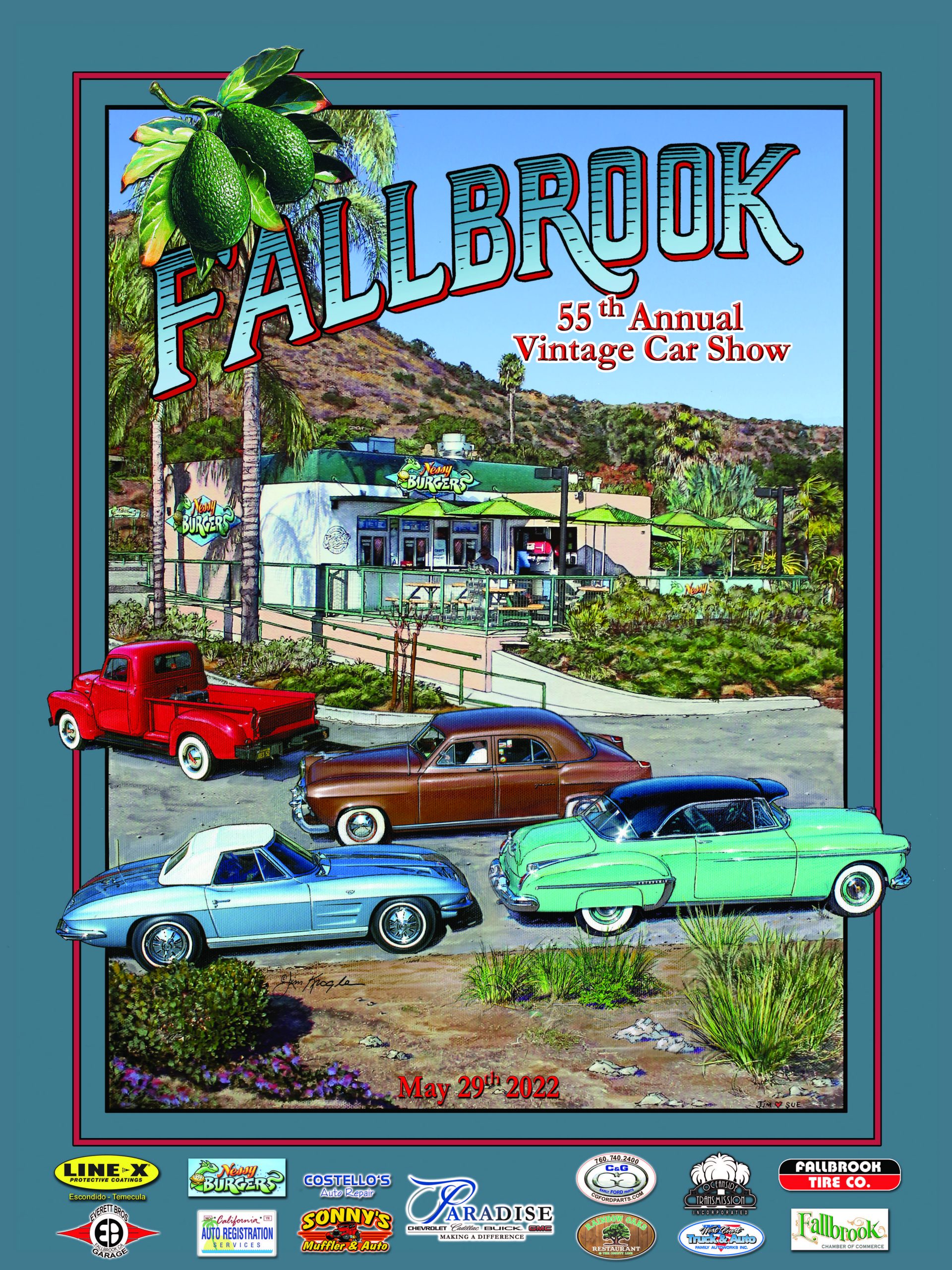 The original Vintage Car Club started as a Model A Ford Club in the late 1950s. At the time, it had approximately 10 members – all Model A owners. The club later moved to the Stiles' Fallbrook Tractor office on East Mission. The original group's only scheduled activity was an annual Memorial Day car show. The annual car show has continued ever since and is the longest running car show west of the Mississippi and the longest running charitable event in the history of Fallbrook.

In 1961, the club was expanded, opened to select car brands, and renamed the Fallbrook Car Club. Paul Stiles was the first club President. According to early members there was no formal election; the Presidency moved from member to member depending on the willingness of a member to take on the responsibilities of the office.

In 1975, the club was renamed the Fallbrook Vintage Car Club after joining the Antique Automobile Club of America as a chapter in the San Diego Region. Since then the club has become its own region of the AACA.

The first car poster was issued in 1985. It depicted Carl Rosenberg and his wife Marie driving a 1913 brass radiator Model T Ford leading several antique cars in front of the Ellis Hotel on Main Avenue. Carl drove midget race cars in the 30's and 40's at the Culver City Raceway.

The Fallbrook Historical Society's museum, located at the corner of Hill Street and Rocky Crest, has, in addition to records and displays about the Vintage Car Club, three historic vehicles: a 1923 model T Ford, a 1930 Ford Roadster and a model A Ford driven annually at the Fallbrook Christmas Parade.

The Fallbrook Vintage Car Club today has over 100 active members. The two big events on the club's annual schedule are the Avocado Festival in April and the Fallbrook Vintage Car Show, which has been held on the Sunday of Memorial Day weekend every year since 1965, and is always free to the public. Proceeds from these two events are routinely donated to deserving local charities throughout the year.

The Car Show Poster for 2022 is the 35th in a limited-edition series. Each year our posters are available at the Fallbrook Avocado Festival and at our annual Car Show. And now they are available online. Click here to see them all and visit our online store to buy some.

Donations in the Last Year